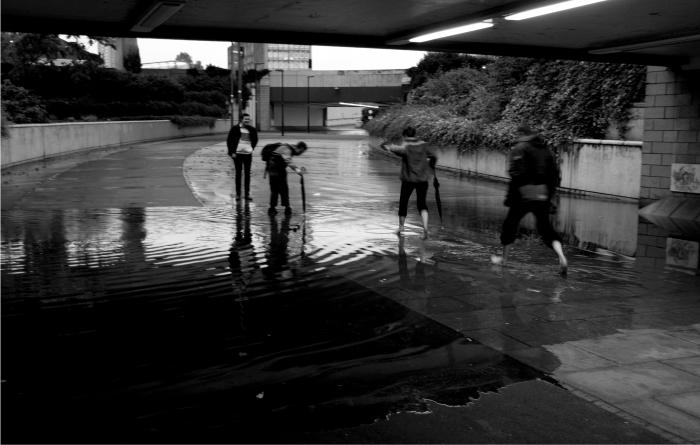 I am interested in the ways in which maps can activate public space. I have organised a series of walks, exhibitions, documents and space activating performances across London with several groups of collaborators since 2005. My fieldwork focuses on exploring territories repeatedly on foot, with a range of participants, conducting walking interviews and recording details and traces of everyday life. Subsequently observations and discoveries are combined in walking maps with other factual and poetic data encouraging members of a broad public to revisit and reclaim lesser public spaces. I initiated, co-created and produced the Lea Valley Drift project for London Legacy, reuniting local communities with the Olympic Park and introducing visitors to the wider rewards of the River Lea beyond the park. Subsequently I worked with Kensington Palace and the Design Museum on a walking project in Kensington, West London. Currently I am developing a map-based approach to the complexities of statehood, city income, accessibility and super-saturated tourism in Barcelona.

I am a doctoral researcher, alongside my role as Course Director for the BSc in Architecture at the University of Reading. My research broadens the theoretical base to this mapmaking and fieldwork, investigates the value of mapmaking in asset finding, explores the relationships between walking and thinking and examines the status of the map as evocative object.